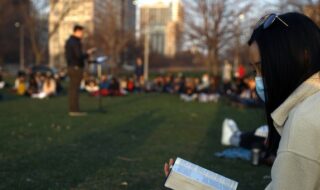 The Algemeiner, a Jewish publication I highly respect, published a column about Judaism that is not merely wrong; it actually advances a thesis that is the opposite of what Judaism teaches.

That fact alone would not have prompted me to write a rebuttal. What prompts me is that the column was written by an Orthodox rabb...