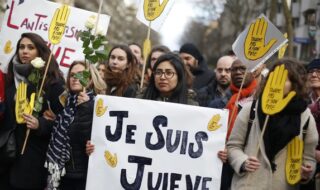 Who Would Hide a Jew if Nazis Took Over America?

There is something about most Jews that few non-Jews know: We Jews often ask ourselves if a non-Jew in our lives would hide us in the event of a Nazi-like outbreak.

I don’t know if young Jews think about this, but nearly all Jews who grew up in the decades following the Holocaust often wondered: Would this non-Je...